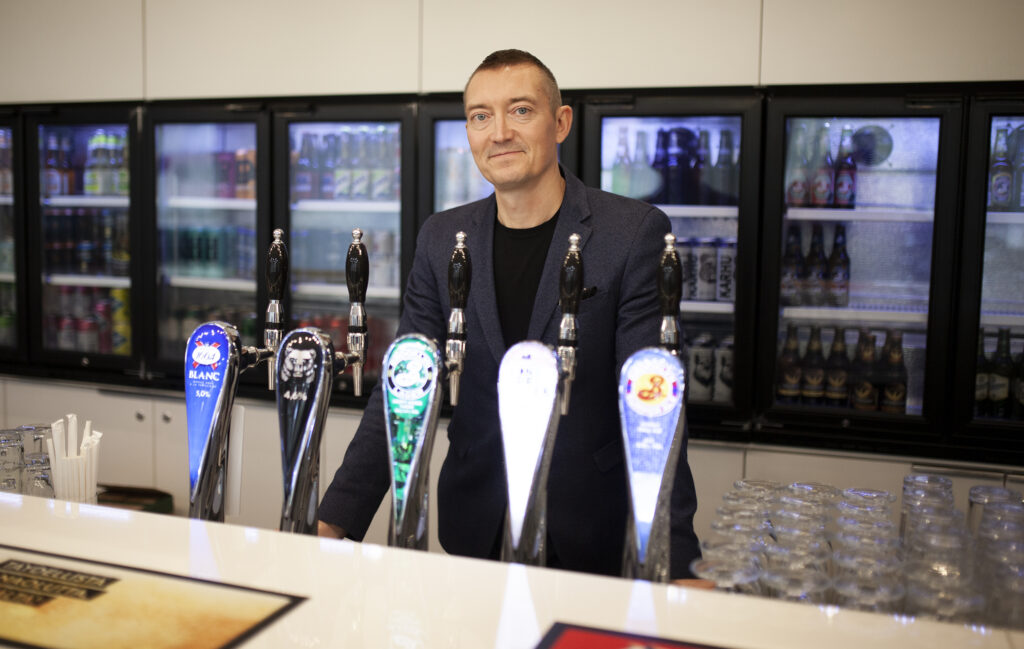 Sinebrychoff, founded in 1819, is the oldest brewery in the Nordic countries and the third oldest company in Finland. It conveys its long traditions to modern times, constantly seeking ways to operate more ecologically.

Sinebrychoff’s beers, ciders, lemonades, and other beverages are inseparable from Finnish everyday life and celebrations. The facility in Kerava produces 300 million drinking litres annually, half of which is beer. Sinebrychoff became a carbon-neutral brewery in 2021, nine years earlier than planned.

Communications manager Timo Mikkola explains the background of environmental friendliness: “Beer production is ecological, to begin with. In 2008, The Finnish Association for Nature Conservation studied which Finnish foodstuffs are the most ecological from the field to the table. Potato, apple, and beer shared first place. We are very proud of our carbon neutrality. Our excellent cooperation with the Keravan Energia biopower plant greatly influenced the process. They switched to using wood chips, which was a leap forward for us.

Of course, we do a lot of other work for environmental friendliness. For example, we recycle all the heat generated in production, i.e., we do not buy heating energy for the premises. We also have an exciting collaboration with Siemens, a so-called battery farm completed just in time before the increase in energy prices. The farm is a collection of batteries about the size of a train that storages electricity when it is cheap and easy to produce. We can use it in times of expensive energy, such as sub-zero temperatures. Of course, the battery farm is not only at our disposal, but it forms part of the maintenance of Finland’s electricity network, while we also get our share of the benefits.

Almost all of our drinks contain carbonic acid, i.e., they are carbonated. We recycle the carbon dioxide from our production. It is collected from beer fermentation, cleaned, and put into, for example, Coca-Cola. The water for Sinebrychoff’s drinks comes from Lake Päijänne. The same clean, fresh Finnish water comes from the tap in this area. We are water-efficient and can make one litre of drink with 2.2 litres of water. This amount includes all the water used in the facility, not only the water consumed for making drinks. To put it bluntly, if I go to the gym at work and then shower, the amount of shower water is counted in the total consumption. The progress has been tremendous since the 1950s when we used 40 litres of water to make one litre of beer. We are committed to decreasing the current water consumption even more. Sinebrychoff is part of the Danish Carlsberg group, where we have a joint sustainable development program, ‘Together Towards ZERO and Beyond’. The consumption needs to be reduced still as the goal is two litres.

At the same time, we turn our attention to other parts of the process. One example is farming at the upstream end of our production. We are looking for farmers who grow barley as sustainably as possible. For example, “KOFF Jouluolut” Christmas beer has been made from barley grown according to regenerative farming principles for a second year in a row. We are trying to encourage our other barley farmers in the same direction.”

Packaging makes up the most significant part of Sinebrychoff’s carbon footprint. Timo Mikkola says: “We are constantly working on this issue. All of Sinebrychoff’s half-litre plastic bottles are made from recycled plastic, and the amount is also increased in other size categories. The largest production quantity is in the half-litre size, so it was a good starting point. All material is reduced as much as possible, keeping consumer and product safety in mind. For example, the bottle cap used to be a few millimetres higher. We noticed that it was possible to remove some material, but the bottle closed just as well. Because of our production volumes, the change saves half a million kilos of plastic annually.”

Sinebrychoff’s parent company Carlsberg Group is involved in the international Paper Bottle Company community and its fibre bottle project. The second prototype of the drinking bottle, made entirely of natural fibres, was launched last year and tested by consumers and the media. “According to customer feedback, the bottle is sturdy and has a pleasant appearance. It has an additional feature that was not even planned. We noticed that the drink stays cold longer in the prototype than in a glass bottle. Large brands collaborating in the Paper Bottle project include L’Oreal and Absolut. So, the shampoo bottle may be made of natural fibre one day, and vodka bottle too.

Sinebrychoff has operated at Kerava for 30 years, and everything seems to work here. We have good relations with the city, excellent cooperation with Keravan Energia, and great transport connections. We can quickly serve the region of Southern Finland and distribute products northward along the highway from here. There is also a good train connection for commuters, only a 7-minute walk from Sinebrychoff.

Sometimes they say that Finland is not a beer nation. But if you take the train to Helsinki and go to the first beer restaurant, there is almost an exhausting number of options. An ample supply means high demand. On the other hand, certain basic things have remained the same during Sinebrychoff’s two-hundred-year history. Pale lager is the most popular beer here, just like everywhere else in the world.

The Finnish Karhu and KOFF brands are the most famous and popular beers in Finland, while the growing imported Craft & Specialty selection includes the world’s leading beer brands, as well as Sinebrychoff’s own specialty beers. The Carlsberg, Brooklyn and Kronenbourg brands are also part of the portfolio. Sinebrychoff is owned by the Carlsberg Group.

Sinebrychoff, founded in 1819, is the oldest brewery in the Nordic countries and the third oldest company in Finland. It conveys its long traditions to modern times, constantly seeking ways to operate more ecologically. Sinebrychoff’s beers, ciders, lemonades, and other beverages are inseparable from Finnish everyday life and celebrations. The facility in Kerava produces 300 […] 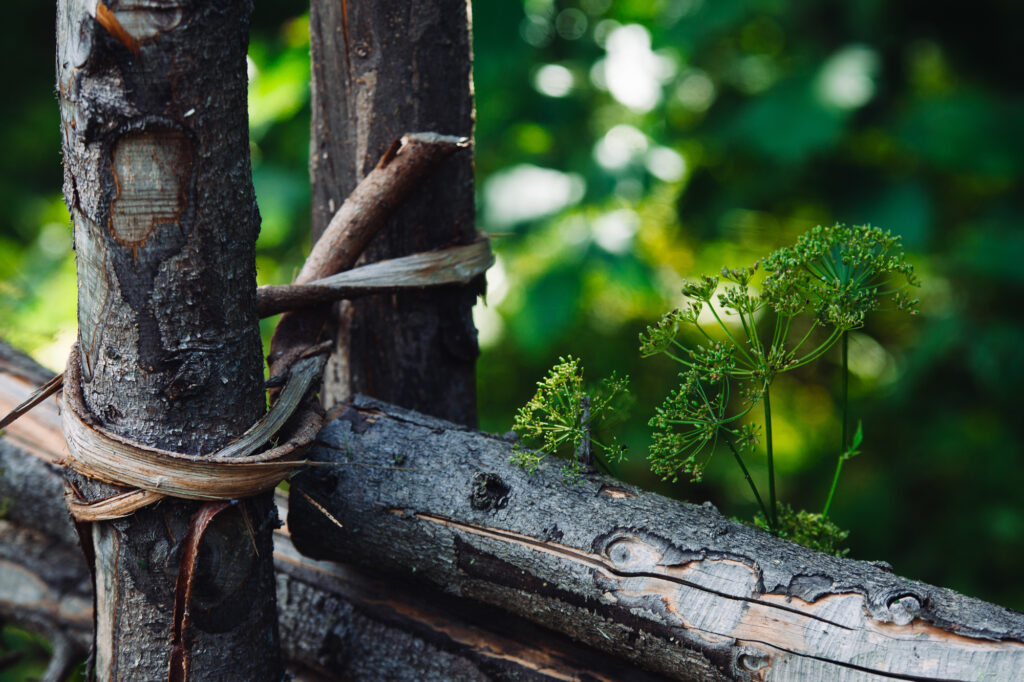 Hyria Education’s natural resources campus Uumo offers vocational training for young people and adults in a pleasant rural landscape in Hyvinkää. The campus is a scenic environment where natural resources management is educated on a teaching farm. Who are Uumo’s five hundred students, and how is sustainable thinking included in teaching? Natural resources education manager […]

You can find out more about which cookies we are using or switch them off in settings.

This website uses cookies so that we can provide you with the best user experience possible. Cookie information is stored in your browser and performs functions such as recognising you when you return to our website and helping our team to understand which sections of the website you find most interesting and useful.

Strictly Necessary Cookie should be enabled at all times so that we can save your preferences for cookie settings.

This website uses Google Analytics to collect anonymous information such as the number of visitors to the site, and the most popular pages. Keeping this cookie enabled helps us to improve our website.

Please enable Strictly Necessary Cookies first so that we can save your preferences!